An early sunrise in Oslo, Norway sets the stage for Aaron Brimhall, Samuel Taipale,Dallin Jolley, and Joel Hyppönen on the beginning of a long road journey.

Two 70s cafe racers are loaded into a sprinter van, with every spare inch of space packed with camping gear, heaps of photo equipment, and just enough supplies to get us to the next small town on our journey. The roads are slick with snow as we climb into the Nordic ski ranges. The sun sets early, leaving us no choice but to pull the van over on the new snow and set up camp in the -7°C breeze.

In the morning, we wake up chilled but ready for the day ahead. As soon as we get out of the snow, the bikes make their debut. All of us are antsy to get our turns, as all four of us had been cramped up in our 3-seater van. The temperature was still sub-freezing, but the sun had come out to dry the roads enough for us to take saddle.

With one of us driving the van, the other shooting out the back and two riders, the Nordic mountain ranges never seemed to disappoint. Everywhere we looked the scenery was EPIC—and we don’t say that lightly. "Pull the van over" was heard constantly from every one of us.

We rode through the sunset and into the night to reach our next stop: a small cabin set on a lake's cliff edge called “Lovatnet.” We had no idea what the scenery looked like because it was so dark.

We woke to a shockingly beautiful set—it almost looked fake. It was too perfect. The water was smooth and clear as glass with a mystic fog rolling over. The sun making its appearance was unworldly.

When you're that far north the sun seems warmer, not only in temperature but also in tone. We sat breathless for a moment as we inhaled pure Norwegian mountain air. Refreshed, we unpacked the cameras to capture the moment.

We saw a small rock that almost seemed to be floating out in the distance, as well as two canoes that were calling our names. Dallin climbed onto the rock with only his Timp bag packed with two towels we smuggled from the cabin and set of dry clothes.

On a dare from the others, he took the plunge into the glacial water. "It seemed like such a stupid and dangerous idea," Dallin recalls. "But the water was calling." 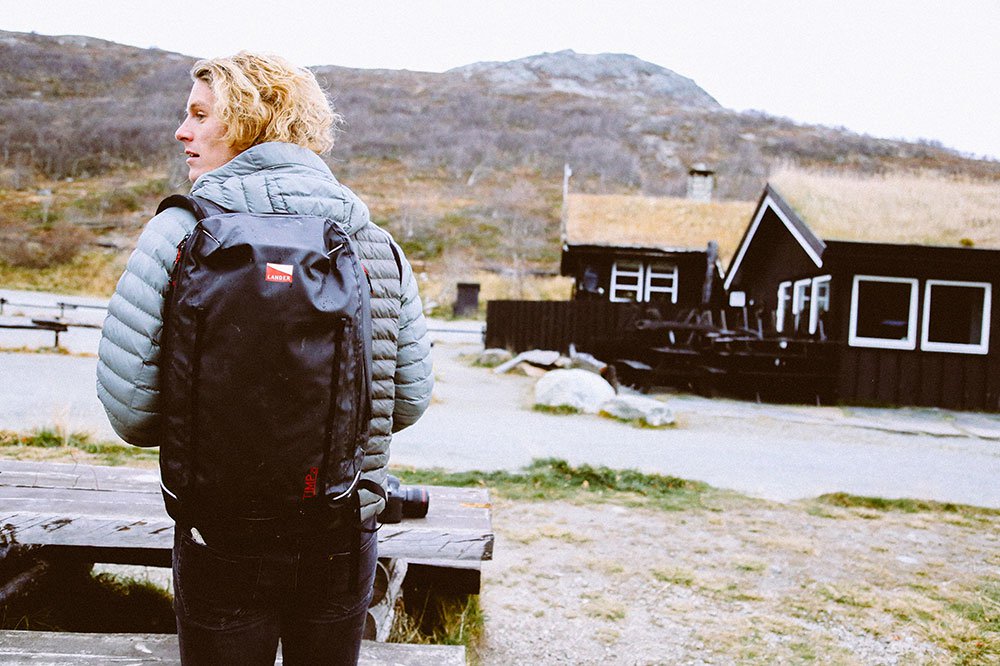 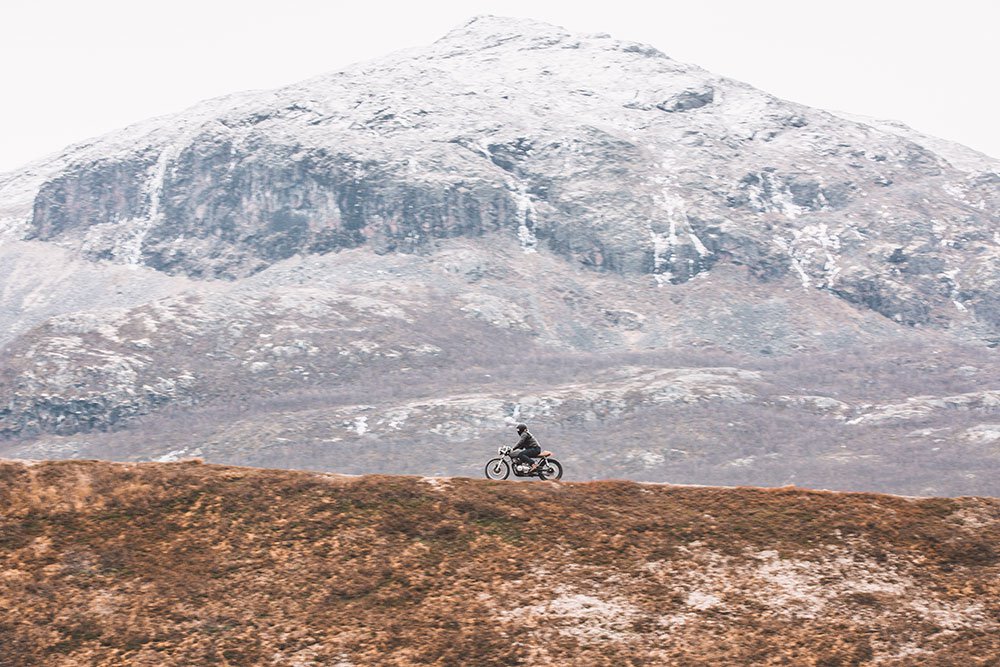 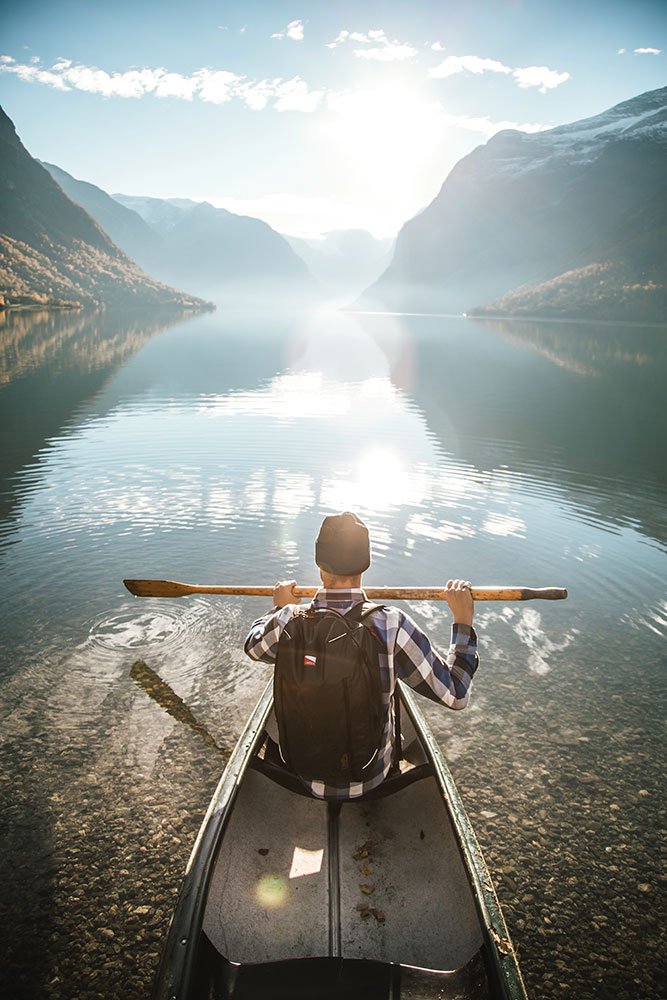 After warming up and repacking the van we took off into the heart of the mountain and its ancient blue glaciers. The single lane road along the way gave way to scenery just as amazing as anything else we’d seen. Three-hundred-foot staggering cliffs on one side and mossy mountains on the other.

With no margin for error, the bikes performed beautifully—low, fast, and lean. With the sun rapidly setting we rode into the dark once again.

After stopping for a bite to eat at the local pizzeria, we searched desperately to find a place to crash. (We completely forgot to plan ahead.) There was one local willing to put us up for the night, in traditional Norwegian hospitality.

A good night's rest left us refreshed and ready to set off in the morning. What lay ahead were vast stretches of S-bend turns up and down the Norwegian fjords—an ideal stretch of pavement for cafe racer motorbikes. We found ourselves turning around at the bottom or top of every peak to experience the thrill as many times as possible. As we rode, the ice started accumulating in our nostrils, visors fogged with heavy breathing. It was at that point that we knew at this point we had found something special in Norway.

At the top of one of the peaks lies a fjord overlooking the village of Geiranger. The entire trip was summed up for us in this one cliffside rock. Inches away from death, the adrenaline flowed thick through our veins. Feeling so small compared to the vastness of what is the Norske landscape, we felt humbled and grateful for the scenery and the gear that allowed us to get us here. In that moment, overlooking Norway's midnight sun, we were free.
Follow Us
Latest Posts